skip to main | skip to sidebar

"The Future of the Gir" and "Midnight Hunter"

Another update on the lion. I feel that it is getting better as I go along and I am really looking forward to finishing it. I have decided to title it "The Future of the Gir" which is based on the Gir forest which is home to and a sanctuary for the pure asiatic lion. 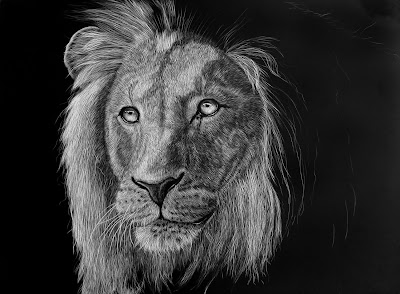 I have also recently completed and 8x10 piece of a melanistic jaguar. It was based off one of my own references of the the black jaguar called Mowgli at Edinburgh zoo. It was also a trade piece for another scratchboard artist called Patrick Hedges and in turn for this piece I received one of his stunning pieces.:) 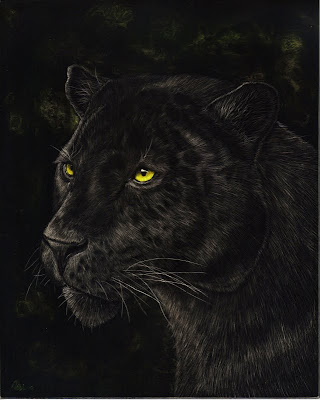 The wildlife art of Irfan Ahmed

Promote your Page too

03ahmed
My name is Irfan Ahmed and I am 19 years old. I do art as hobby and have also took up photography as a hobby. I primarily work on a medium called scratchboard and I have been using it for a year now. I believe that this is the medium for me and also hope to gain skills in other mediums in the future. I also take on pet portraits and wildlife commissions. If you would be interested in one contact me at ia_589@hotmail.co.uk for a price.